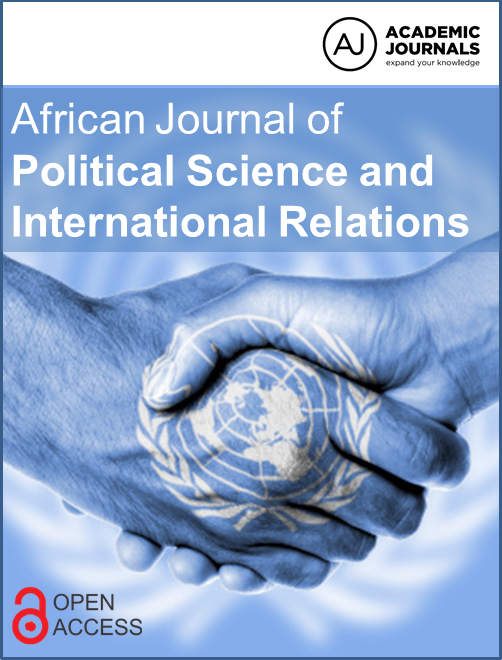 The impact of China on the agency and negotiating power of African countries: Cases of Angola and Niger

The recent surge in cooperation between China and African countries challenges the western aid model thus giving African countries a better leverage and negotiating power in their relation with the west. It is obvious that the Chinese presence in Africa is motivated by its economic and energy security agenda, which...

The impact of China on the agency and negotiating power of African countries: Cases of Angola and Niger

Uganda and the refugee problem: challenges and opportunities

Conflicts and insurgency: Barriers to global quality health service for internally displaced persons in the North Eastern Part of Nigeria

Neo-colonialism or De-colonialism? China’s economic engagement in Africa and the implications for world order

Path to African security under the 21st century nuclear regime

A myth and the reality: Does democratization bring investment?