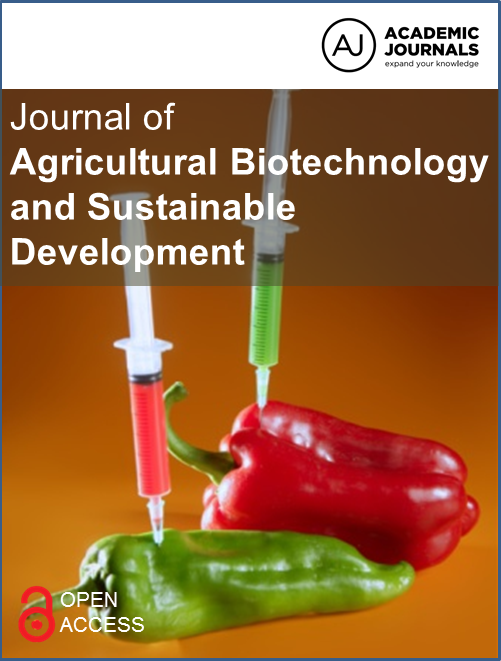 The study was carried out in Hadiya zone to asses honey production systems, challenges and opportunities in the study area. A total of 196 farmers were selected randomly and interviewed using semi-structured questionnaires. The result shows most (90.7%) of the beekeepers in the study area have owned only traditional beehives. The average honey yield from traditional, transitional and frame hive was 3.04 ±0.92, 4.9±1.12 and 8.2±2.62 kg/year/hive respectively. There was significance difference (P<0.05) in honey yield per hive/year from traditional hives while there was no significant difference observed (P>0.05) transitional and moveable frame hive between Woredas. Pesticides and herbicides application, shortage of bee forage, presence of pests and predators and shortage of water were found to be the most important constraints of beekeeping in the study area. Despite all the constraints, there is a great potential to increase the production and quality of honey in the district. Strong extension and technical intervention, proper pesticides application, establishing beekeepers cooperative and enhancing bee forage plantation through introducing multi-purpose trees should be encouraged to increase honey production and income of beekeepers in the study area.

Beekeeping is an important agricultural activity in Ethiopia. Owing to its varied ecological and climatic conditions, the country is home to some of the most diverse flora and fauna in Africa. This diversity makes it highly suitable for sustaining a large number of bee colonies (Adgaba, 2007). The country has the largest bee population in Africa. According to CSA (2012/2013) about 5.21 million hives is estimated to be found in the rural sedentary areas of the country. From this total hives, 870,544 and 65,961 beehives are from Southern Nations, Nationalities and hadya zone respectively.
This makes the country one of the largest honey producers   and   the   third   largest   beeswax   producer worldwide. Ethiopian honey production accounts for approximately 2.5% of world production and 21.7% of African honey production (MoARD, 2007). Beekeeping is an environment friendly activity that can be integrated with agricultural practices like crop production, animal husbandry, horticultural crops, conservation of natural resources and it is non-farm business activity that has  immense contribution to the economies of segments of the society and to a national economy as a whole (Beyene and Phillips, 2007). Beekeeping research carried out in the country is though hopeful but did not cover to describe and document   the   apicultural   resources   and associated constraints of the sector for its proper intervention and utilization to specific potential regions (Chala et al., 2012). Although, Hadya zone is endowed with diversified type of vegetation and horticultural crops and expected to be potential for beekeeping activities so far there is no researchable information on honey production system, opportunities and constraints in the area. Therefore; production system study is important to identify problems and come up with appropriate development plan for an area (Edessa, 2002). Therefore, this study was designed to assess honey production systems, challenges and opportunities of the study area.

Description of the study area
The study was conducted in two woredas of Hadya zone (Lemo and Analemo), Southern Nations, Nationalities and People Regional State (SNNPRS). Hadya Zone is located at a distance of 232 km from Addis Ababa capital city and 212 km from Hawassa regional city. The astronomical location of Hossana is 7°30' longitude to the North and 37°48' latitude to the East. The average annual temperature and rainfall ranges from 15.1 to 20°C and 1001 to 1200 mm respectively.
Sampling techniques
A purposive sampling procedure was applied for the study woredas. Based on honeybee colonies potential of the study areas 16 representative kebeles, 8 from each woredas were selected using random sampling techniques.
The households were selected by giving equal chance from a list of farmers which participate in beekeeping activity of the rural kebele in their respective area. Single household respondent was used as sampling unit in this study. Finally, to compromise the representative-ness of the sample for the study 15% of the households among the total bee keeper in each of the sample kebeles were selected using random sampling method for interview and successive data collection. A total of 196 sample households were interviewed by well trained enumerators using a semi-structured questionnaire.
Methods of data collection
The study used both primary and secondary data to come up with reliable information on honey production system, opportunities and major constraints of the selected potential areas.  Primary data were collected on the following aspects: socio-economic demographic data, current practices and placement of bee colony, types of hives, honey yield, inspection of honeybee colonies, honey harvesting, major honeybee flora, honey storage practices, opportunities and major constraints of beekeeping. Secondary data were used to select potential localities based on number of honeybee colonies and honey production acquired from woredas Agricultural Offices and zonal office of agriculture.
Statistical analyses
All collected data were entered into Microsoft Excel 2007 and descriptive statistics such as mean, frequency, percentage and one way ANOVA were used to analyze the data using SPSS (version16.0 software of statistical analysis).

Generally the most widely used type of beekeeping in the study area is traditional using local hives. The most important constraints of beekeeping in the study area were found Pesticides and herbicides application, shortage of bee forage, Pests and predators and shortage of water. In the area despite the presence of different constraints and challenges, there are high potentials and opportunities to maximize the  out  puts  of the resource to improve the livelihoods of the communities in a sustainable ways, as the current government plan to develop apiculture as one of the strategies to reduce poverty, high demand for hive products and the establishments of beekeepers co-operatives at grass-root level.