Journal of
Metabolomics and Systems Biology 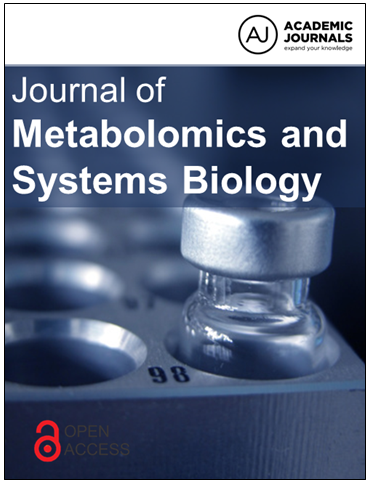 Crude metabolite extracts derived from the culture broths of endophytic fungi of five ethno-pharmacologically important plant species used by the ethnic tribes of the hill state of Meghalaya in North-East India were screened for the presence of toxins and secondary metabolites using agar plug paper chromatography, TLC (thin layer chromatography) and LC-MS (liquid chromatography-mass spectroscopy). The endophytic fungal isolates were found to produce a wide range of toxins, growth hormones and antibiotics upon searching in a fungal mycotoxin database. Relatedness among the fungal isolates was determined based upon their extra-cellular metabolite production pattern. The endophytic fungal isolates in the present study showed a wide range of metabolomic diversity and can be explored as potential microbial cell factories for production of a diverse range of biomolecules. Taxonomic relatedness of the endophytes based upon the snapshots of their secretomes, presented a contrasting picture in relation to their morphological identity. Rapid metabolome analysis of endophytic fungi using analytical techniques like LC-MS coupled with mass related search in fungal specific metabolite databases is bound to increase our insights about fungal chemo-taxonomy as a whole and bio-prospection of useful fungal metabolites in particular.