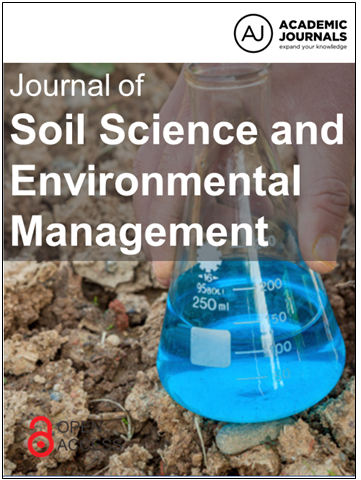 A preliminary study was conducted during the raining seasons 2012 through 2015 to assess the status of arbuscular mycorrhiza fungi associated with 4 legumes and millet on the sandy soil of Sadoré, Niger. A factorial completely randomized block design was used for the layout. Crop roots parameters of mycorrhization and soil fungi spore density and biodiversity were investigated as responses to varied planting densities, rates of rock phosphate, and of urea application on millet monoculture. Spores of Glomus were present in 100% of plots with respectively 96%, 47%, 77%, and 13% as relative frequency during rainy seasons 2012, 2013, 2014, and 2015; but spores of Gigaspora were present in 70% of plots and with 3.63%, 4%, 1.38%, and 1% as relative frequency the same years. Spore density/100g of root zone soil varied with crop species and rate of applied crop residue. The maximum intensity of mycorrhization was 78% while the arbuscular had a rate of 48% as maximum. The parameters of mycorrhization were influenced by the crop species but not by the rates of applied rock phosphate and the rate of returned crop residues as well. Millet yield in monoculture was affected by residual effects of previous basis legume crop.
Key words: Preceding crops, millet mycorrhiza, residue, sandy soil, Niger.