Effects of various plant extracts on the abundance of Euproctis spp. on white maize crop in Dalwa village, commercial farm 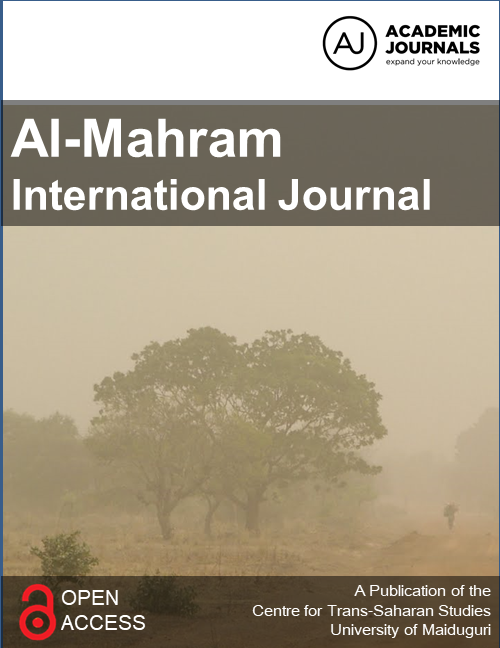 The work on Euproctis producta infestation on maize crop was carried out in Dalwa village, Maiduguri commercial farm, where white maize and yellow maize were planted on alternate ridges one meter apart. This investigation was carried out on the two varieties of maize to compare their susceptibility level to this pest which devastate the maize crop during the cropping seasons. Effects of four botanical extracts (Neem seed solution, Hot pepper seed solution, Garlic bulb solution and Mahogany seed solution) were used. These extracts are not poisonous to humans and livestock, thus it was easy to formulate and used. Each of the four botanicals were designated nine plots and control plots of 5mx5m in size and replicated three times to give 45 plots for each extract. Fertilizer (N.P.K.-20:20:20) was applied at 4 weeks and 8 weeks after planting (WAP) as the maize began tassel and at the cob establishment stage. Atrazine herbicide was applied at 2.5 kg a.i./ha as pre-emergence to control weeds at and later supplemented the weeding with hand pulling of the remaining weeds at 6 WAP. Data collection was done every three days from 6am-10am on only five selected and tagged stands per plot because of the size of the experimental plots. The results showed that the mean Euproctis producta population on the maize showed no significant difference during two seasons in the controls (8.38 in 2011 and 7.34 in 2012), but only with varieties and among treated plots. Similar trends were observed with the infested and un-infested cobs. Mean yield were significant with treatments, where Neem gave the highest yield (2680.30 kg/ha for yellow maize. Hot pepper (2565.30 kg/ha yellow), Mahogany (2550.30 kg/ha yellow) and Garlic (2455.33 kg/ha yellow).The Control had (1950.33 kg/ha yellow ). Cost-benefit ratio in the Neem was (1:6699.75 yellow), Mahogany (1:6374.75 yellow), Hot pepper (1:3205.63 yellow) and Garlic (1:2045.11 yellow). Neem seed solution and Mahogany had better prospects than the rest of the botanicals and the control, while Garlic and Hot pepper cannot be recommended to farmers.