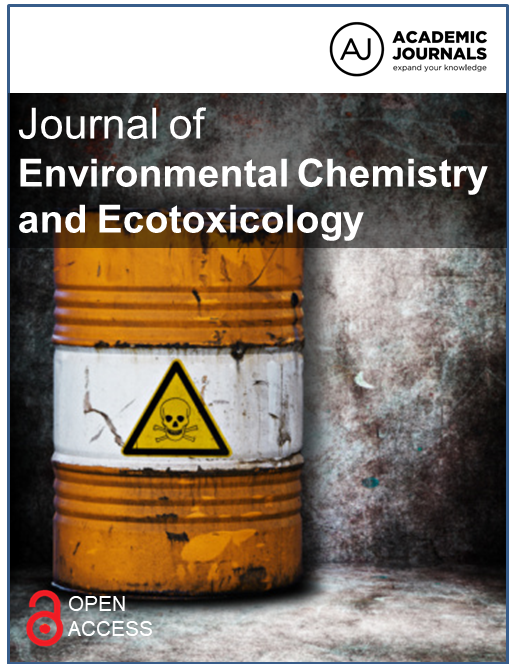 Man depends heavily on pesticides to boost his agricultural productions. This study aimed at carrying out a risk assessment of pesticide residues in samples of beans stored and sold in Wukari Town, Nigeria. Different samples of beans were collected randomly from different market points within Wukari, Rafin kada and Idofi. The pesticide residue analysis was carried out using GC/MS after sample extraction, filtration and Concentration. The mean estimated consumption rate of beans within Wukari was obtained. The concentrations of each pesticide were compared with their Maximum Residue Levels (MRLs) and the Estimated Daily Intake (EDI) along with the Health Risk Index (HRI) of each pesticide. The results showed that all bean samples analyzed contained some organochlorine pesticides, organophosphates and pyrethroids. The mean consumption rate of beans was found to be 0.624±0.052 kg/day. The calculated Health Risk Index (HRI) of some organochlorine pesticides occurred at ranges greater than 1. However, most of the pesticide residues occurred below critical HRI. Aldrin was detected in all samples analyzed and p,p’-DDT occurred the least with calculated HRI above 1. The presence of organochlorine pesticide residues in all samples analyzed is suggestive of the continuous use of obsolete banned pesticides in the cultivation and storage of agricultural products. HRI values above 1 indicates that the life time consumption of beans containing the measured level of pesticide could pose a non-carcinogenic health risk for adult consumers. Therefore strict enforcement of regulatory measures by policy makers on how to manage the use of pesticides is well recommended.