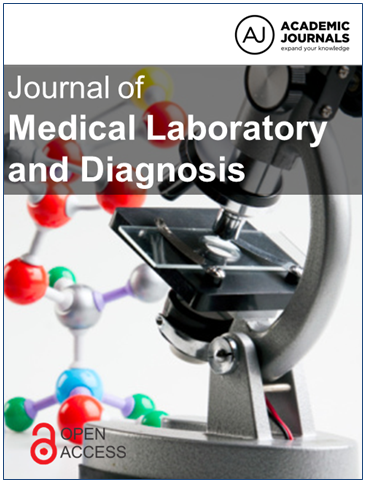 Background: Asthma is a chronic respiratory disorder having both genetic and environmental underlying risk factors. Immunoglobulin E (IgE) is known to play a critical role in asthma pathogenesis and has also main function in immune response to parasites such as helminths. In this research, we aimed to assess total serum IgE level and associated factors among asthmatic patients at the University of Gondar Hospital, Gondar, North West Ethiopia. Method: A comparative cross-sectional study was conducted from June to August 2019 at the University of Gondar Hospital among asthmatic patients. A structured questionnaire was used to collect socio-demographic characteristics of patients. Venous blood was collected from asthmatic patients to determine total IgE and cholesterol levels. A stool examination was also done among the patients. Stored serum sample from blood donors was used as control. Data was analyzed using SPSS version 20. ANOVA, Kruskal Wallis test, spearman’s correlation, chi-square, and binary logistic regressions were used in data analysis. P-value ? 0.05 was considered statistically significant. Results: A total of 88 study subjects were included. The geometric mean of total IgE level was 366.6 ± 5.4 IU/ml and 52.2 ± 3.6 IU/ml for patients and controls respectively (p < 0.001). The geometric mean total IgE levels of patients with positive and negative helminth infection were 1282.9 ± 3.6 IU/ml and 294.4 ± 5.6 IU/ml respectively (p= 0.237). The geometric mean total IgE level for moderate-severe groups of asthmatics was 367.4 ± 5.6 IU/ml and intermittent-mild groups were 321.2 ± 5.4 IU/ml (p = 0.803). The association of cholesterol level and total IgE level among patients was found to be negative and non-significant (with an odds ratio of 0.995 and 95% confidence interval (CI) of 0.982-1.009) (p = 0.507). Conclusion: This study showed significantly higher total IgE levels in asthmatics than controls. Hence, assessment of total IgE level in asthmatics is a direct measurement of airway inflammation and estimation of total IgE level should be included in routine practice. Non-significant differences and associations were found between total IgE levels and associated factors among patients.