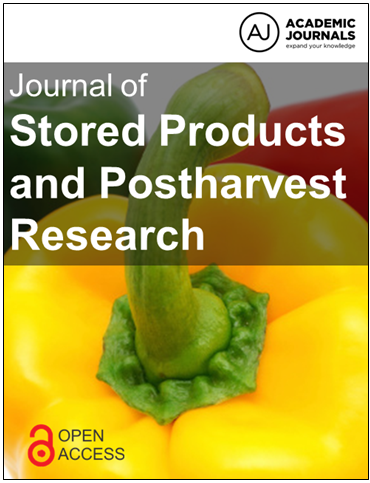 The proximate composition including moisture content, crude fat, crude protein and ash were determined for six groundnut varieties. Moisture content was highest (8.9%) in SAMNUT 19 followed by SAMNUT 23(8.6%) and was lowest (6.6%) in EX-DAKAR while ash ranged from 3.0% in RRB to 7.4% in RMP-91. The crude protein was highest (31.3%) in EX - DAKAR and lowest (19.7%) in SAMNUT 19. RRB had the highest crude fat of 53.1% while EX-DAKAR had the lowest value of 32.7% showing significant difference (p < 0.05) between them. Groundnut variety RRB had the highest percentage kernel damage assessment and kernel weight loss during the storage period. However, these findings may offer scientific basis for Trogoderma granariumattack of groundnuts as manifested by nutritional contents of the kernels, percentage kernel damage, percentage weight loss and adult population of the dermestid.