Studies on equalities and inequalities of heat, work and ratio of work to temperature

The first law of thermodynamics was as a result applying the conservation of energy to thermodynamics (Sandler and Woodcock, 2010). The Carnot theorem could be proven by the second law of thermodynamics. The Clausius inequality was derived from the Carnot theorem (Atkins and Paula, 2014; Nieto et al., 2011; Lee et al., 2015). In the gravitational field and chemical reactions, relations between the entropy or free energy with the kinetic, gravitational potential, and electrical energy was studied (DeVoe, 2013; Gislason and Craig, 2013; de Abreu and Guerra, 2012). The equalities and inequalities in regard to the work and ratio of work to temperature between the reversible process and irreversible process are  entirely  denied  and  neglected  in  the   fundamental theory; hence, they are seldom researched yet. The motion path of solids and liquids is only affected by external force, which is different from the gas. The application of the scopes of Clausius inequality will be enhanced by the equalities and inequalities on the work and the ratio of work to temperature.
In a reversible process, the first law of thermodynamics is given by: 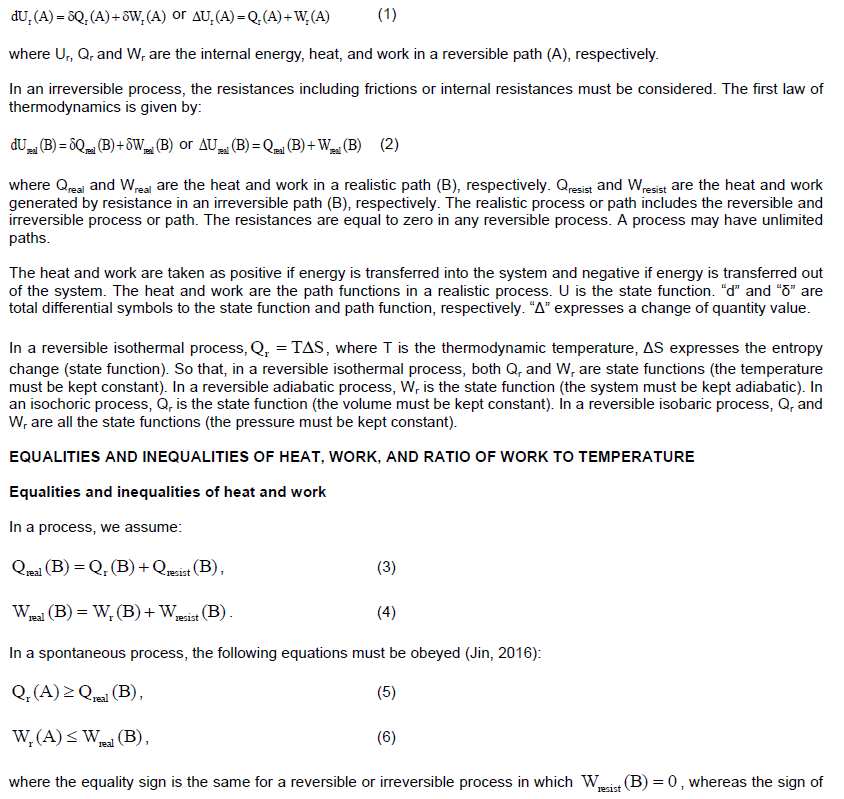 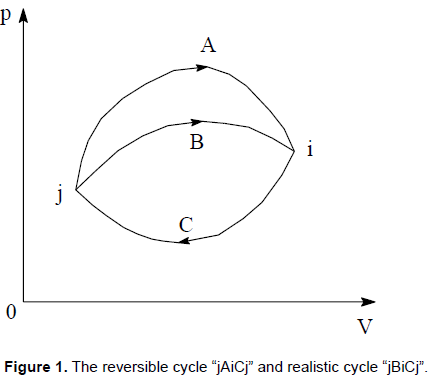 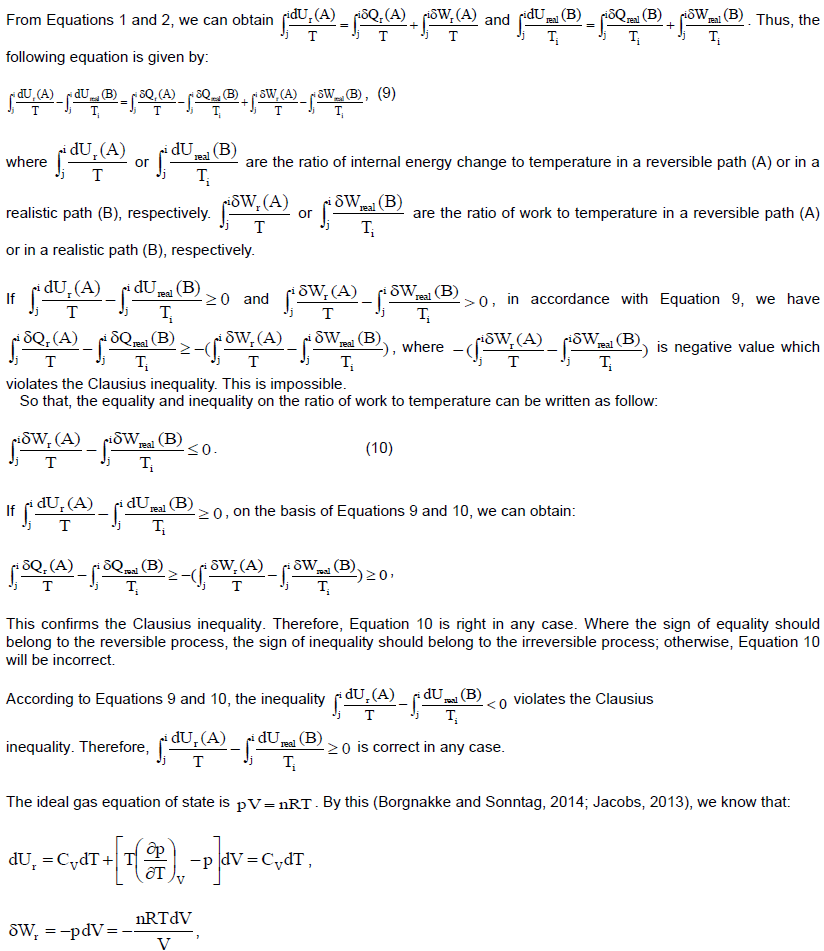 where p is the pressure, V is the volume, R is the gas constant, and n is the amount of substance. Because 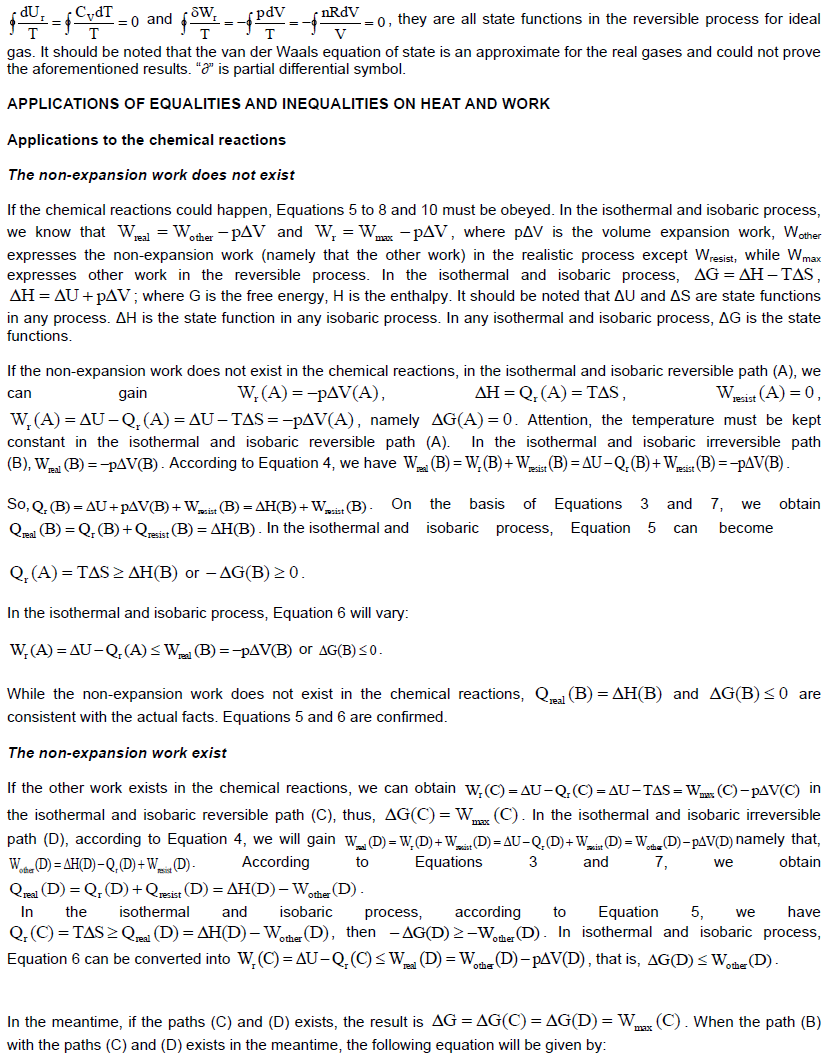 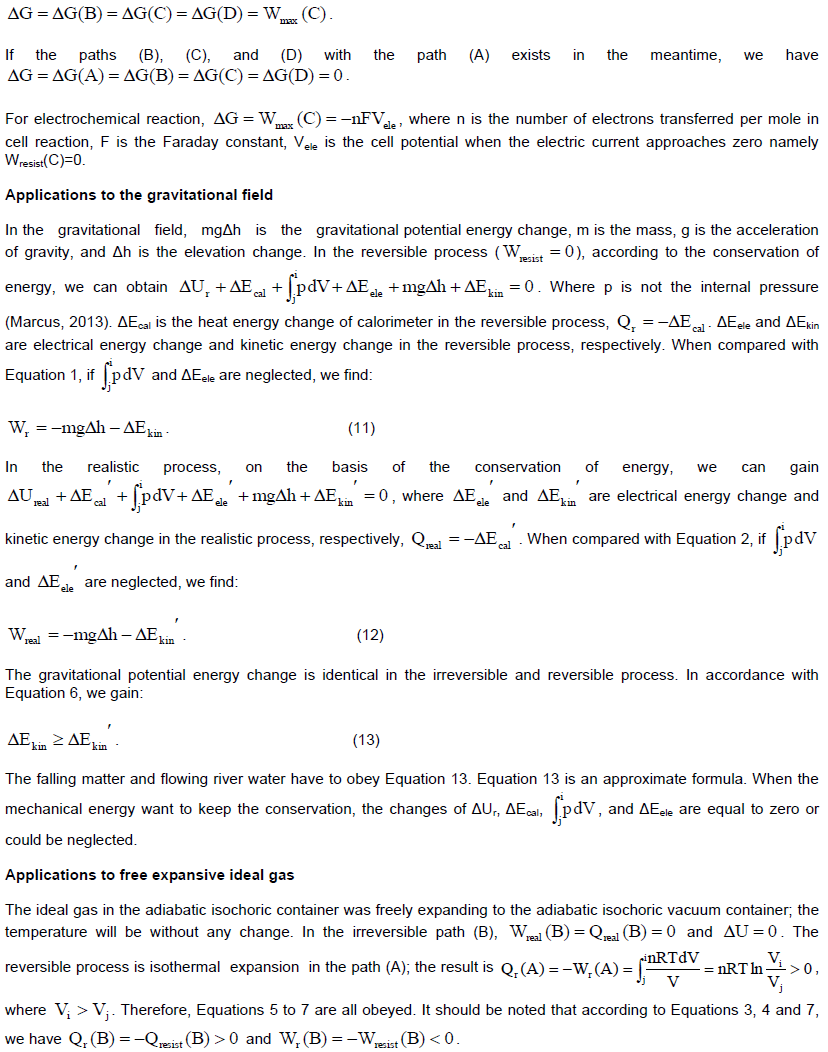 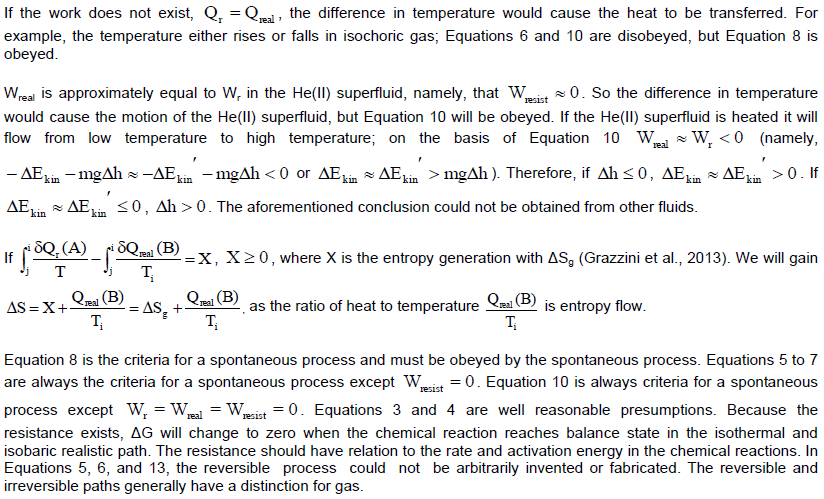