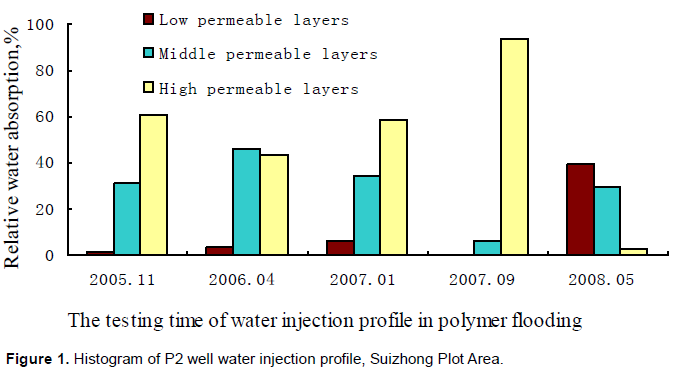 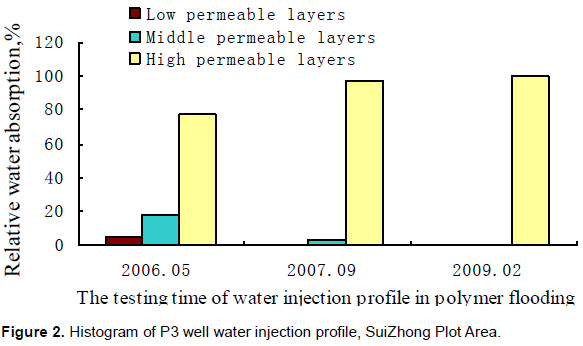 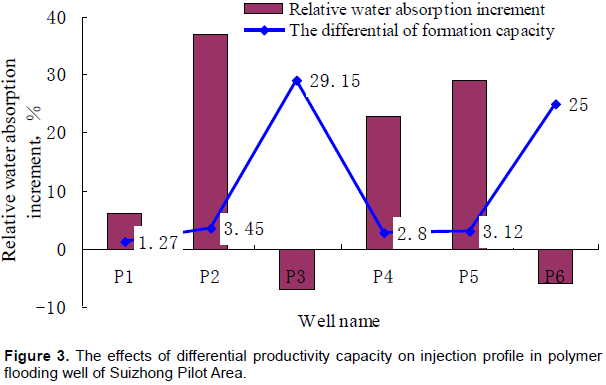 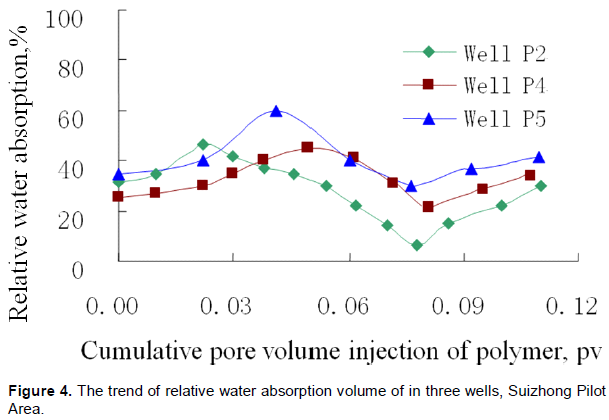 As can be seen from the figure, with the injection of polymer, the relative water absorption volume of the layer tends to increase in the early stage. However, when the absorption volume increase to certain degree, the water absorption began to decline until it reach the lowest point where it started to incline, while continuously injecting polymer. Obviously, it presented a periodic changes trend. The main reason of this phenomenon occurrence is as follows: In early stage of polymer injection, due to preferential access to a large number of polymer flow resistance of the smaller hypertonic layer, leading to the larger resistance that the subsequent polymer flows, resulting in its transformation into a smaller penetration horizon. The specific manifestation is the relative water absorption of the strata whose permeability is smaller showing a continuous decline; at the same time, the amount of injected polymer rush into the strata with high permeability, resulting in increase of the flow resistance in the strata, the sequent injection gradually turned into the layer with low permeability. Such a cyclical can adjust absorbent profile in the low permeability layers and improve vertical reservoir heterogeneity. According to these laws, we can get qualitative judgments on the rules that the relative absorbent capacity in low permeability change with the number of injection PV, to understand these laws, can serve as evidence on the choice of some measures that can be implemented in polymer injection process. In addition, according to the changes in the number of profiles with the PV, combined  with  a  number of live dynamic data, we can get qualitative judgments for the response time and the response period of the polymer injection. 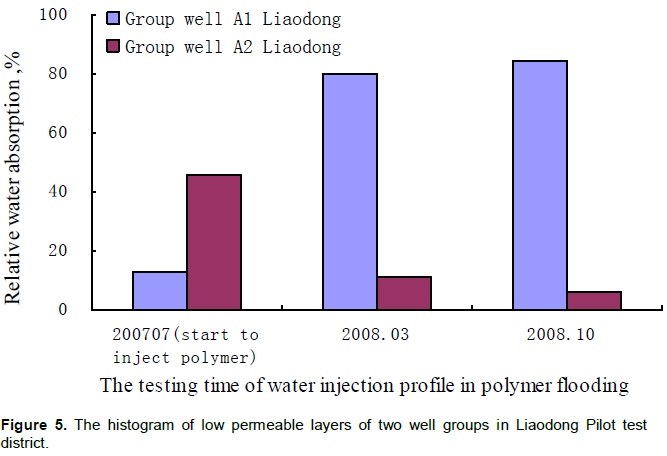 By combining Figures 5 and 6, it can be concluded that it is the time when the low permeable layer of A1 group wells’ relative absorption increase significantly that the oil production rate increase dramatically, according to the production time and corresponding testing time. Consequently, it could be used to judge the polymer flooding effects through the behaviors of water injection profile in medium and low permeable layers and change of oil production rate at different time. 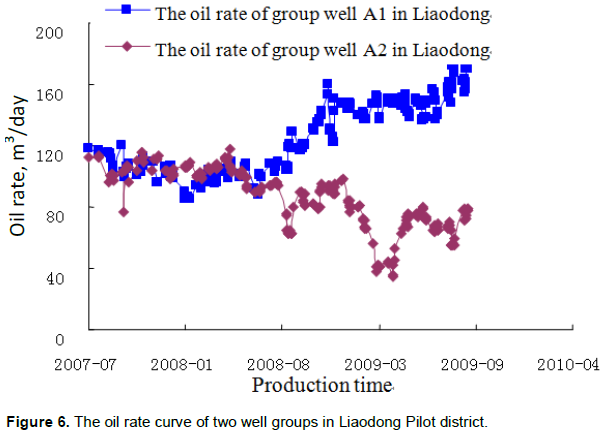