Breast self examination among female undergraduates in Enugu, Southeast, Nigeria. 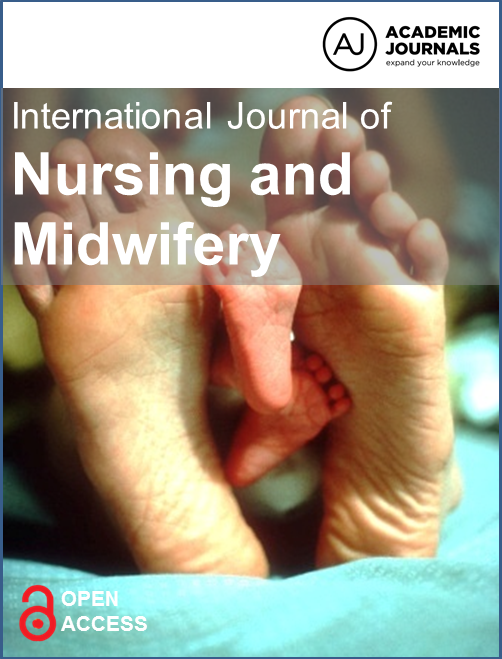 This study was a cross sectional descriptive survey that assessed the knowledge, attitude and practice of breast self examination (BSE) among university female nursing undergraduates. It also identified the factors that affected their practice of BSE. The total population of the female students (200) was used. The instrument used for data collection was the questionnaire and descriptive statistics were used to summarize the data. Fifty-eight percent of the respondents were between the ages of 21-25 years, 29% between 16-20 years while only 13% were NI between 26-30 years. Majority of them were Christians and single (88 and 85% respectively.[N2]  Majority of the respondents had good knowledge of breast cancer and BSE as 84% knew that it has familial tendencies and 77% knew it can be caused by oral contraceptives. They also knew the symptoms such as discharge from the nipple (92%), change in the skin of the breast (80%), pain in the breast (80%) and swelling in the breast (68%). Majority (90%) knew about mammography and BSE (90%) as detection methods. Majority of the respondents (95%) knew how to do BSE, while 5% did not know how to do BSE. The respondents had a positive attitude towards BSE (Overall Mean ≥ 2.5). Most of the respondents (32%) affirmed that they examine their breasts after menstruation and (68%) anytime they felt like. Respondents identified forgetfulness, procrastination, laziness, lack of time, fear of discovering a lump, no trust in their practice ability as factors affecting their practice of BSE.