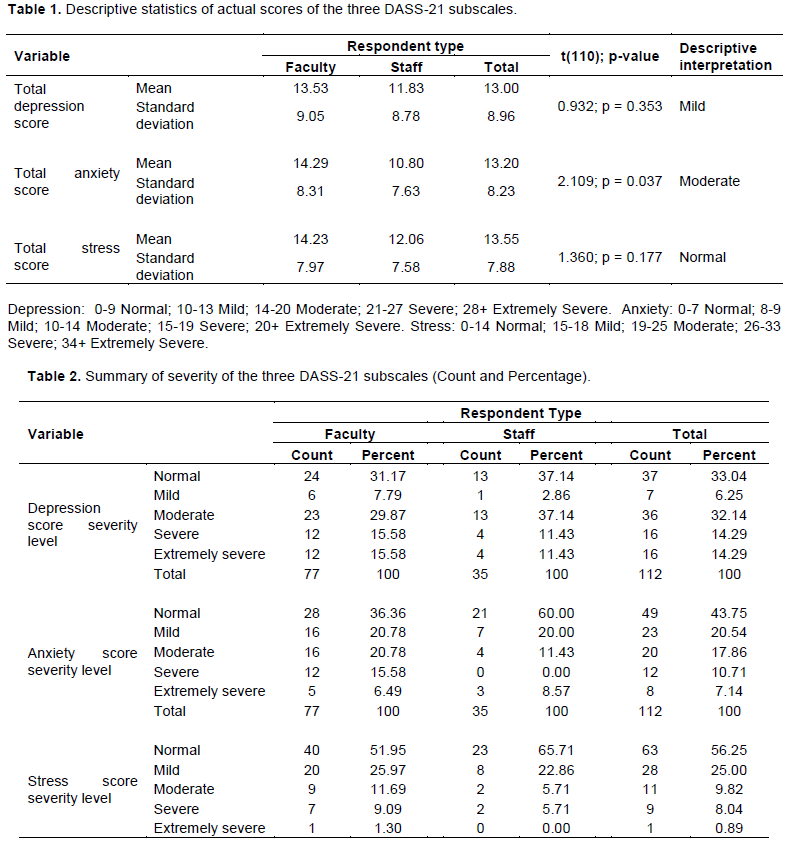 This study is not without limitations even though it had found  out    the    correlation   and   predictive-value   of psychological distress to quality of life among teachers and support staffs. The main limitation is that our respondents are limited from a private school only. The study was conducted in a single institution; hence, findings of the study would only be applied to them as well as the recommendation. Generalizability of the findings may not be evident to larger groups of school personnel. The researcher acknowledges the need for larger participants that may come from different schools or a nationwide study, if possible, may also be executed for a larger scope and to allow school personnel from different regions to have an equal representation of their current conditions. Thus, personnel living in urban areas might have different responses on the variables as compared to those personnel living in the rural areas.

The authors thank all the respondents in the study.