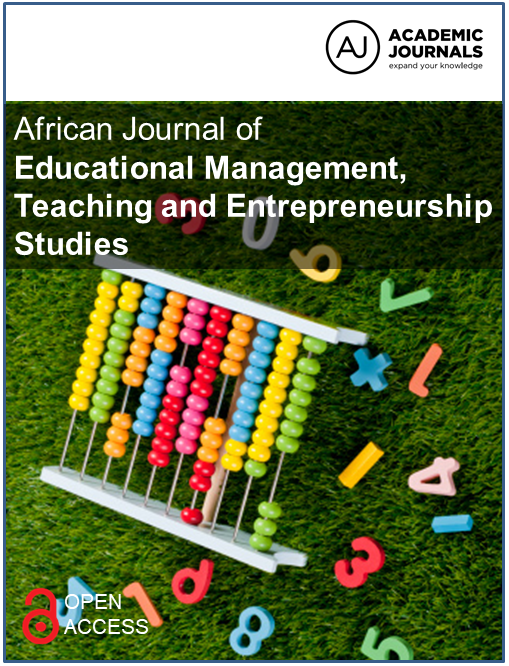 This study investigated influence of principal-teachers’ conflict on teachers job performance in Imo State with emphasis in Ideato North Local Government Area (L.G.A) of Imo State. Two research questions guided the study. The design adopted for the study was descriptive survey research design. The population of the study constituted 221 teachers in nine (9) public secondary schools in the L.G.A. The sample of the study comprised 114 teachers selected from the population by proportionate stratified random sampling techniques. The questionnaire instrument used for data collection was titled influence of principal-teachers’ conflict on teachers’ job performance (IPTC-TJP). The questionnaire was made up of 20 items. The questionnaire items were analyzed in accordance with each item using the 4-point rating scale. The questionnaire was validated by three experts, one in measurement and Evaluation, and two in Educational Administration and Planning, all in the faculty of Education, Imo State University, Owerri. The reliability of the instrument was established by trial testing in another local Government Area. Cronbach Alpha technique was used for analysis. The reliability was established to be 0.76. The reliability was indicated high and suitable for the study. Data collected were analyzed using simple mean ratings. Findings indicated among others that: Teachers’ poor job performance in curriculum delivery was influenced by principal-teachers’ conflict (mean = 2.37). Also, principal-teachers’ conflict has negative influence on teachers’ performance in extra-curricular activities (mean =2.34). Based on the findings, it was recommended that both principals and teachers should try as much as possible to avoid areas of conflict in order to promote smooth running of the school, and to encourage teachers’ effective job performance.