In this research, the effect of reducing procrastination tendency on the academic achievement of pre-service science teachers in the physics course was investigated. In this, a quasi-experimental research design was used, which included the experimental and control groups. Each group consisted of 35 pre-service science teachers. Both groups were taught a physics course at the undergraduate level by the same lecturer. While reducing procrastination tendency activities and strategies were applied in the experimental group, the conventional teaching method was applied in the control group. Data were collected by Physics Achievement Tests developed by the researcher for use in previous researches. Data analysis was tested, using IBM SPSS 22.0 statistical package program by taking into account the importance level between pre-test and post-test. After analyzing the data, in light of the findings of the research, the academic achievement of pre-service science teachers in the experimental group was found to be higher than the academic achievement of the candidates in the control group. Thus, it has been determined that special strategies and sanctions related to reducing procrastination tendency in the experimental group have a positive effect on achievement. For this reason, special strategies and positive sanctions can be applied to decrease procrastination tendency to increase the achievement in physics course of pre-service science teachers. 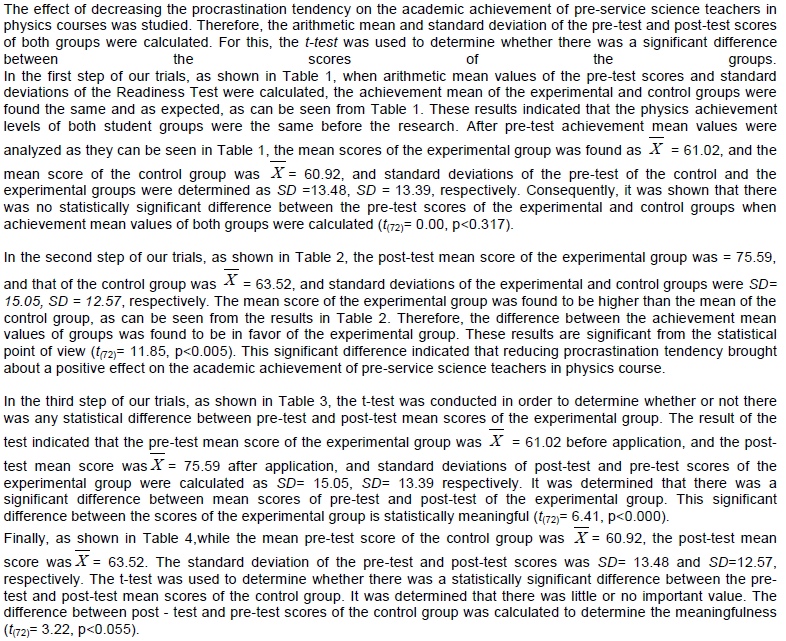 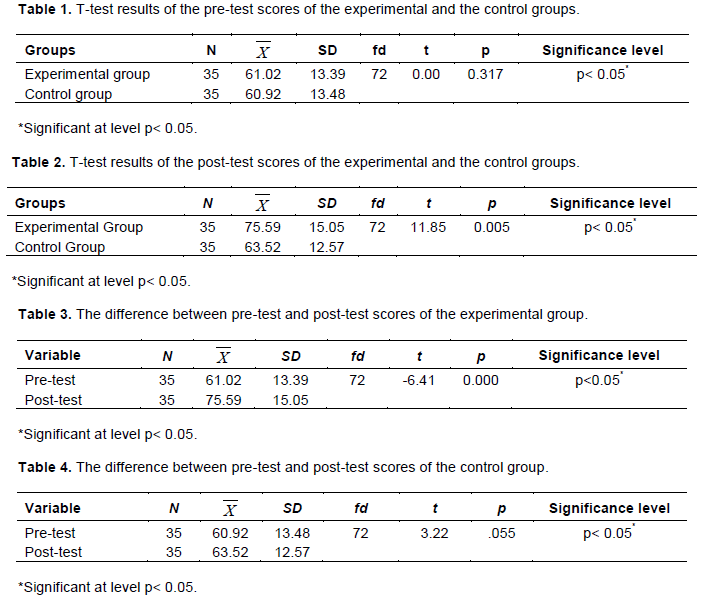 The following suggestions were made based on the findings of the research. As students learn and apply effective and productive strategies, they learn on their own, eliminating the idea that lessons are difficult as they learn, and can be individuals who can solve problems. However, at this point, teachers have great duties. This is because a good teacher should know how to motivate their students, how they will learn day to day activities, how they will remember, how they will learn, how they will be taught, and how they will reduce the tendency to postpone. When the student believes that he can succeed in the lessons, he can succeed. The results of the  research  provide  some  important   findings   to  the psychological counsellors whose works are related to procrastination tendency in the academic achievement, to the educators and to the academicians who do theoretical and empirical researches. For this reason, mixed researches of qualitative and quantitative methods can be conducted in order to obtain a more detailed outcome on future interrelationships between variables. Furthermore, research that is more extensive can be conducted to determine if the reduction of procrastination tendency has a positive effect on the academic achievements of the students in different levels of education and the strategies and sanctions used in the research.