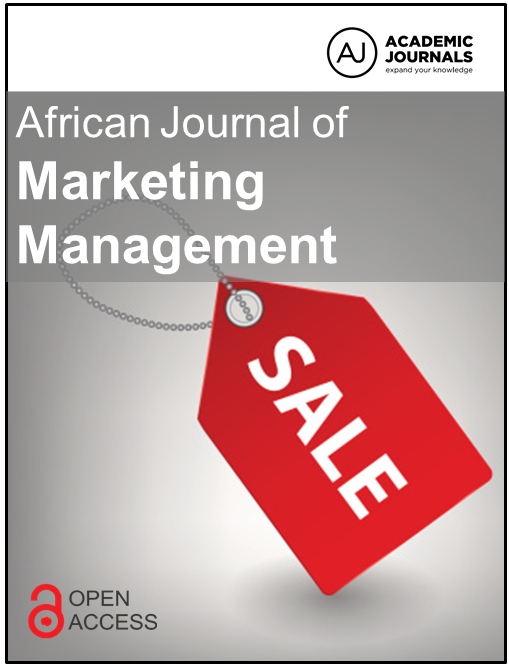 Smallholder farmers dominate maize production in Uganda. They produce limited quantities of the crop and market individually. Collective action offers an opportunity of reducing transaction costs, increasing bargaining power thus making it possible to contract with large buyers for better prices. Masindi Seed and Grain Growers Association Limited (MSGGL) with help from Uganda Development Trust (UDET), African Development Bank (ADB) and Masindi District Local Government constructed a 3000 metric tons store to help farmers bulk and get better prices. However, the store has been underutilized since 1999 leaving out farmers on the benefits of collective marketing. A survey of 253 maize famers forming two strata of participants and non-participants was employed. Descriptive statistics are used to explain preference for each marketing option while the Tobit model analyzed factors for intensity of participation. Lack of trust, stringent requirements, delayed payments, absence of groups, lack of information, high costs of marketing, lack of interest, low price incentive and time consumption explain poor participation in collective marketing. Better prices, reliable markets, availability of training and extension, availability of credit and availability of input loans encourage collective marketing. Price of maize offered at the collective centre, distance to the marketing centre, land size, income of the farmer and age of the farmer influence the intensity of participation in collective marketing. There is need to establish more collection centres, improve road networks and quality regulation to ensure price incentives for better quality maize grain.

Marketing is a prime mover and stimulator of production as it gives point and purpose to the production process. The provision of secured market outlets gives an incentive to increased and diversified production and also a shift from subsistence to market oriented farming (Bibangambah, 2002). Thus, the opportunity for smallholder farmers to increase their incomes from agricultural undertakings, natural resource  management and other enterprises largely depend on their ability to fully participate in the marketplace exchanges. However, several internal and external challenges are encountered by smallholder farmers making it complicated for them to participate in these market place exchanges. These challenges include pervasive imperfections that characterize markets in the developing countries, lack of information on technologies and prices, high transaction costs, credit constraints, the rising numbers of free trade arrangements affecting both national and international commodity markets and competition not only from local cohorts but also from farmers from other countries together with domestic and international agribusiness ventures (Markelova and Meinzen, 2006).
Smallholder farmers are usually isolated from markets, have limited selling alternatives, lack contact with downstream buyers, are unable to enter into contractual relationships due to lack of trust and are usually obliged to accept the price offered by the buyers (UNCTAD, 2015). These challenges can be addressed by use of collective action in agricultural markets by helping these farmers reduce transaction costs for their market exchanges, obtain necessary market information, secure access to new technologies and tap into high value markets which would offer them a competitive advantage over large farmers and agribusinesses (Markelova and Meinzen, 2006). Collective action offers a practical solution to smallholder framers’ marketing challenges. If well -coordinated, it would help smallholder farmers to meet quality and quantity requirements in modern markets through effective use of post-harvest technologies and mobilization of the majority smallholder farmers to participate thus enhancing access to better markets (Mango et al., 2017).
However, collective action has a problem of inherent contradictions that exist between members in the group and between the groups themselves ranging from trust problems and opportunistic tendencies within the groups which pose sustainability challenges (Ton, 2008). It has been reported that among the reasons as to why farmers do not act collectively include; lack of knowledge about who to collaborate with (29%), difficulty to agree as a group and thus collaboration being seen as a waste of time (22%) (Archambault, 2004). In a well-functioning rural market, smallholders like their better endowed peers, can opt to sell their produce in various forms of market exchanges such as local, emerging urban, regional and international, but smallholders encounter quite many entry barriers into any of these markets. Thus collective action is increasingly becoming an important production and marketing strategy for smallholder farmers in developing countries especially in ensuring that they are better placed and remain competitive in the agricultural sector (Mukundi et al., 2013). Farmer groups are important for capacity development, information sharing and rural innovation among smallholder farmers (Raya, 2014). Group contract arrangements help to improve smallholder market power and ensure more equitable distribution of benefits. Also peer pressure through farmer groups may reduce the likelihood of opportunistic behavior in contracting such as side-selling. However, farmer groups are not always successful and there is need to understand the conditions that make collective marketing more useful and viable (Fisher and Qaim, 2011).
Collective marketing has been reported among farmers of potato, coffee, barley, sunflower, rice and maize among the many other crops in Uganda (Mwendya, 2012). However, in most of these enterprises, the group functions are still at a very low level with majority of the farmers still preferring to market individually. Among the maize farmers, for example, progress of group marketing is still very minimal and in one case of supply to WFP which is the largest maize buyer in Uganda, smallholder farmers have only managed to contribute an average of 7% to the total maize procured by the organization yet the organization targets 20-30% in the next five years. It is argued that collective marketing would help farmers increase their market access (Markelova and Meinzen, 2006) and income by about 60% when they collaborate in groups (Naven, 2012). Masindi Seed and Grain Growers Association Limited (MSGGL) with help from Uganda Development Trust (UDET), African Development Bank (ADB) and Masindi District Local Government constructed a 3000 metric tons storage facility to help farmers bulk their produce and sell at better prices (Mwendya, 2012). However, since 1999, the facility has been underutilized with the maximum produce ever received from the farmers just filling slightly more than a half of the facility thus leaving out farmers on the benefits of bulking and collective marketing. Substantial research has been done on enhancing maize productivity, warehouse receipt system and its benefits to maize marketing, market opportunities for maize, institutional arrangements and collective marketing as a form of bulking for better market access by smallholder farmers (Archambault, 2004; UNCTAD, 2015; Mwendya, 2012). However, there is limited research on the determinants of the smallholder maize farmers’ choice to market collectively. This study therefore seeks to assess the determinants of the farmers’ choice to bulk their produce and market collectively in the maize growing district of Masindi. Specifically 1) To understand why facilities that are sought to be of benefit for collective action are underutilized. 2) To examine farmers’ preferences for collective and individual maize marketing. 3) To identify factors that influences the intensity of participation in collective marketing. 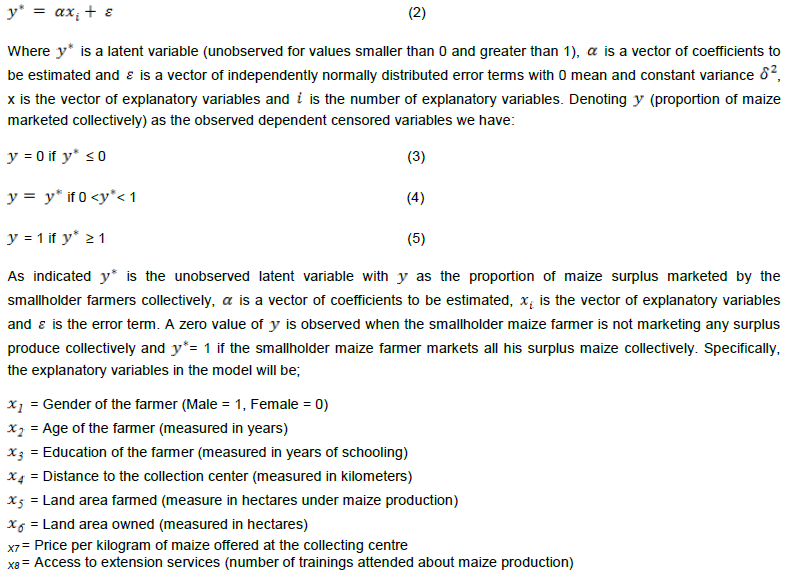